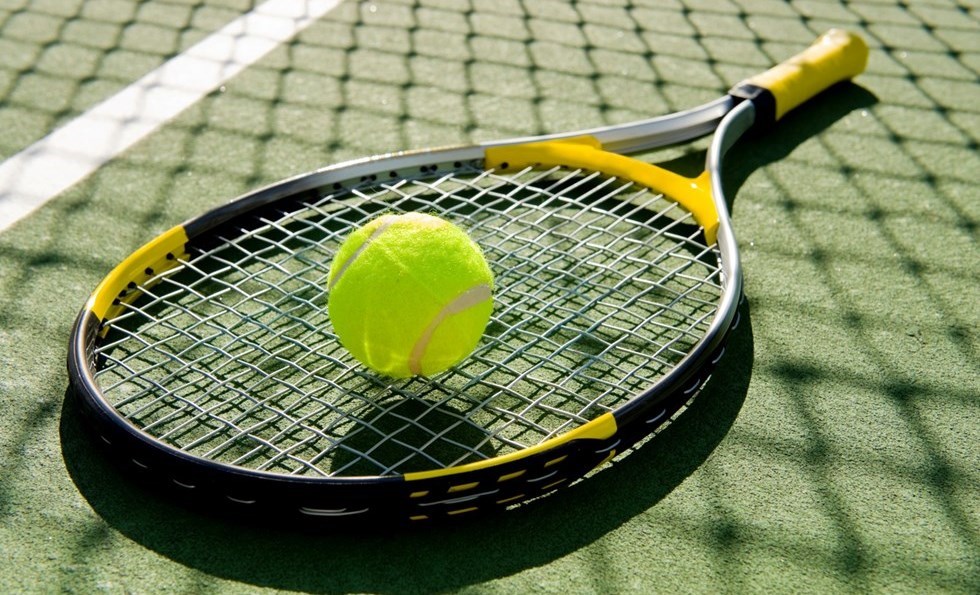 A new tennis racket brings new elements to your game.  The purchase of a racket is not hard on your pocket book compared to say a new pair of skis, hockey equipment, or a bike.  And as your companion on every single shot, your magic wand, your racket is key for your success, enjoyment and health as a tennis player.

Some sentimentalists keep their rackets for decades and are completely happy with their old stick.  Other progressives upgrade even annually as their game develops and new technologies emerge.  The only downside to a new racket, besides the sentimental loss of the old racket and the expenditure, is the time it takes to adapt to the new racket.  Recall when Roger Federer switched to a 97″ head size in 2014 (he previously used a 90″).  While initially his results suffered, he attributed his success in the 2017 season to an improved backhand and easier power on the serve, enabled by his new racket.

Here are some around-the-court comments that reflect a range of opinions on new rackets:

“I have never found a racket that helped my game.”  (seasoned intermediate player, female; as she asssessed my new racket with some disdain).

“I tried out the demo (Wilson Ultra 100) and my power increased immediately by about 20%.”  (previously used a Babolat Pure Drive Lite)  (intermediate player, female)

I have the same Prince over-sized racket that I have had for 15 years, and even my instructor says it is the perfect racket for me.  (intermediate female player, efficient swing).

Lots to Choose From

The tennis racket market is mature and competitive.  Top companies Wilson, Head, and Babolat dominate sales.  Biting at their heels for market share are Technifibre, Yonex,  Prince, and others.  Wilson, Head and Babolat are fairly evenly split in popularity on the men’s ATP tour .  Tennis Pro Guru web site reports that in 2017, of the Top 100 ATP Players:  29 used Wilson, 28 used Head, 22 used Babolat, 8 used Technifibre, 7 used Yonex, and 3 used Prince.  The women’s WTA is dominated by Wilson and Babolat.

Almost 70 percent of WTA TOP 100 players are using rackets of one of two racket brands. BABOLAT is holding the lead for last two years, with WILSON closely behind. We can call it almost duopoly.

From the Tennis Guru web site

Compared to Wilson (Chicago based, Finnish owned) and Head (based in the Netherlands, Austria, and US) which are large diversified sports equipment manufacturers, Babolat is the smaller company that specializes in rackets.  With less than 400 employees, its history goes back to 1875 in Lyon, France, where it is still located.  Yonex is Japanese owned, large and diversified.  And Technifibre is the newest entry into the market, also located in France.  It claims the first tennis racket designed exclusively for women, and is represented by WTA up-and-comer Daria Kasatkina (the Russian 21-year old, lost in the finals at Indian Wells to Naomi Osaka).

Even though you may not be on the pro circuit yet, the idea of having the same or a similar racket as your favourite pro may add to your overall tennis happiness quotient .   See the rackets used by top ATP players.  Alek Salwierz, tennis professional at the Royal Glenora, notes that “just because you like Roger Federer doesn’t mean that his racket is the best for you.  Only a few people can play with that racket.  But another racket in the Wilson line (such as the Wilson Ultra 100) would give you that Federer link, and something that suits your game and your body.”

The best way to assess new rackets is to test them out on the court. Your instructor or coach may also provide insight on options and observe how the demo affects your strokes.   In Edmonton, the Sweet Spot and the Saville Tennis Centre both provide rackets to demo.   In Calgary, the club pro shops, Racket Central, and Sporting Life will provide demos as loaners.

Rob Gravells, owner of the Sweet Spot in Edmonton, answered a few questions on tennis rackets.

Q:  As a player progresses in skill, how can his/her racket change?

Q:  Anything new in rackets this year?

A:  Manufacturers are constantly improving the materials that racquets are made from, essentially trying to give you more power while still maintaining control, and also to improve the feel by eliminating harmful vibrations.

Easy on the Body

With the repetition, torque and force of the tennis swing, playing tennis takes a toll on the body, especially the arm, elbow, wrist and shoulder.  The racket makes a difference, along with technique and body type.

“Racquets that are easiest on the arm are generally a little thicker between 22 and 25 mm thick and between 10 to 11 ounces. This is the weight and thickness of many of the modern rackets.

Then 2nd is the string. The modern player likes  polyester string for more spin but polyester strings can be hard on the arm.  So someone with arm, elbow or wrist issues  should try a hybrid string which is half polyester and the other half a softer string, either natural gut which can be very expensive or what they call a multifilament string which plays like natural gut but costs less. And the last option if someone has tried a hybrid string but still feels pain is to try a full set of gut or multifilament strings.”

“Here are some arm-friendly racquets for you who just like a more flexible feel or who are trying to reduce the shock and vibration to your arm:

Yonex DR 98 – Remarkably comfortable for a modern racquet and still manages to pack a punch.

Prokennex racquets use a special kinetic technology that is supposed to be very good for your arm.

Both the Wilson Countervail and the HEAD Graphene Touch series offer more comfort than their previous iterations.

Pacific X Force Pro 1 is a rather flexible and versatile racquet that a lot of players enjoy.

If you can find a Tecnifibre Tfight 315 Ltd it is a wonderful racquet with brilliant flex.

I haven’t tried it myself but the Volkl V1 series is supposed to be both versatile and comfortable.

If you want a Babolat racquet, I would suggest checking out the Babolat Pure Control – a nice precision stick.”

So why not test out a few rackets for the fun of it?  If nothing else, it adds to the intrigue and challenge of the greatest sport in the world.  You deSERVE it!

JOKE OF THE DAY:  How do you play quiet tennis? A: Just like regular tennis but without the racket.